I was watching that great show on the ABC “Insight” today and it was on the topic of Drinking when Pregnant.  It was showing the terrible effects of consuming alcohol ( normally the cases shown were large amounts of alcohol) whilst pregnant.  The children born had varying disabilities, which is why the disorder is now called FASD

FASD is the umbrella term used to describe the following disorders:

• Fetal alcohol syndrome (FAS) – Children with this condition are born with characteristic physical and mental defects, including short stature, and small head and brain (pictured below). Out of all these disorders, FAS is the most severe. 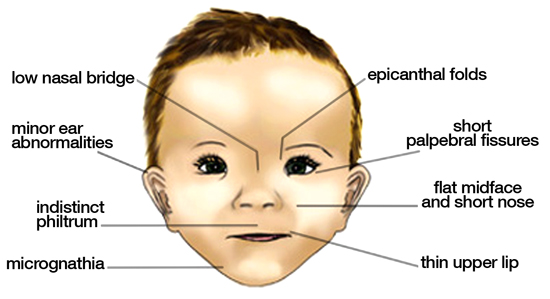 The problem was not all of the children born with the disorder showed the facial traits, and as the mental issues were issues that could be associated with a number of disorders it was very hard to identify and treat.  The children had very hard lives and had trouble with impulse control and keeping friends.

Most Mums these days would be aware that drinking whilst pregnant is not a good idea, however back in the day the research and knowledge just wasn’t there.   I felt such sympathy for this poor mother who was sitting with her child who said she just didn’t know that she shouldn’t have been drinking.  Is she any different to the mothers who took Thalidomide?

Bright Ideas for a Sparkling Smile

Affordable Ways to Live the Life of Luxury!

What are you looking for?